What is a Passion Play? - The Passion Trust

What is a Passion Play?

Homepage Newsletters What is a Passion Play?

What is a Passion Play?

Passion Plays are free performances of the Easter story. The greatest story ever told in large outdoor performances for people of all ages.

A Passion Play dramatises the events of the last week of Jesus’ life, depicting the events that led up to his crucifixion. Many Passion Plays today also include a dramatic portrayal  of Jesus’ life, including his teachings and miracles, and his  resurrection to show the context in which his death took place.

I found the whole experience exciting, emotional and spiritually uplifting and compelling – it’s created a wonderful memory of working with a great group of people and a great enterprise that will endure for a long time. Anon, Carlisle

Passion Plays use theatre to bring the words of the Gospel to life in new, often vivid and startling, ways. They show how the message of second chances, forgiveness and new opportunities has the potential to speak life and hope into communities struggling with poverty, crime, addiction or hopelessness and boredom.

Blown away. You guys always put on a good show- but this? This was something else. Haven’t stopped taking about it since Tuesday. My children got so much out of it too. Loved that not only did you perform on the streets of the city centre, but that you actually SET it in Birmingham, using local landmarks. Alan, Birmingham

A Passion Play is a dramatic portrayal of what has been called the greatest story ever told. It is the real story of Easter and it has all the elements of stories that are compelling and confronting: treachery, betrayal, injustice, sacrifice, redemption and a startling ending. As Passion Plays dramatize the story of Easter, they allow it to speak again to new audiences in new contexts.

Managed to follow the whole play with 2 children (6 and 10) so powerful and engaging. We were on the second performance at the cathedral – worth the wait as we couldn’t get in as it was full. Children truly enjoyed and message was so clear presented. Great to have the Contemporary touch!  Cassandra, Birmingham 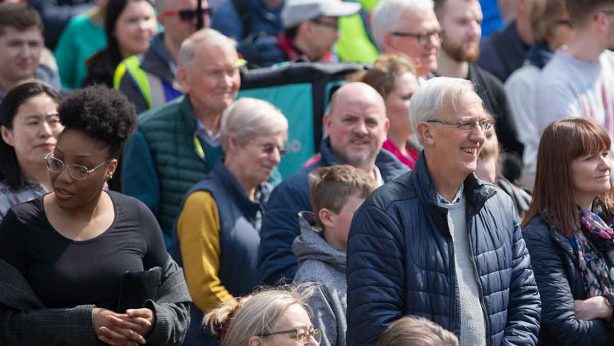 It is so encouraging to hear of all the rehearsals...

Grants for plays in 2021 are now available! Our trustees...